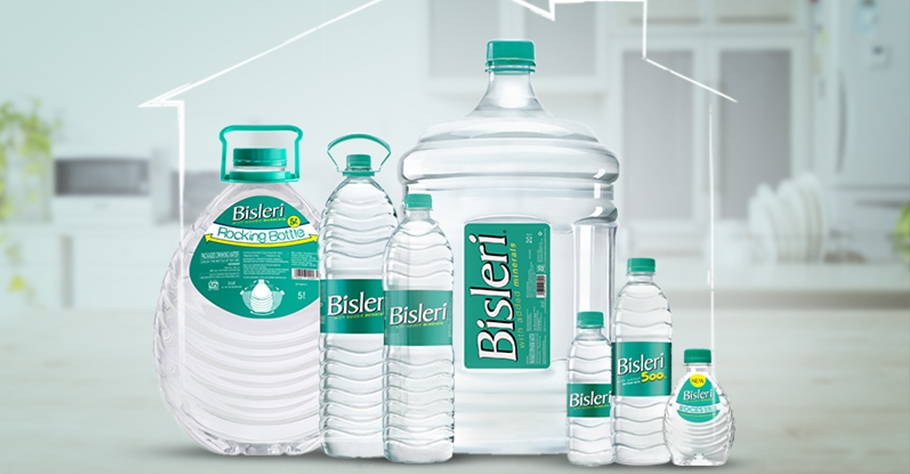 Bisleri is the most popular packaged drinking water brand in the country with a market share of 36%. They are followed by Kinley, Aquafina and others. In addition to this, Bisleri also sells soft drinks and other packaged goods. So how does the company market its brand presence and products?

The Beginning of Bisleri

Bisleri originates from a small town in Italy, after its founder Felice Bisleri. Upon an interaction with Parle’s founder, Shri Jayantilal Chauhan, Bisleri was bought over by Parle in 1949, and this is when the company started selling packaged drinking water. The idea of Bisleri comes from selling reserved rainwater, that was appreciated by the mass public in India.

With a fine line of selling packaged drinking water in the 1900s, Bisleri has come a long way.It went on to further sell carbonated and non carbonated drinks and juices. Today, it also sells a selective line of facial tissues.

In addition to this, the company has varying prices for public properties like cafes, theaters and malls. This location pricing strategy makes its bottles comparatively higher in these public places.

Since the company has been around for decades now, it has tried almost every promotional strategy. These are some of the best of the lot,

Bisleri tried to reinstate the fact that no other brand comes close to theirs, in terms of quality and pricing. This is done in the most clever manner through this thirst-quenching advertisement.

‘One Nation, One Water’

Bisleri also came up with a campaign in 2017 to connect with people from different regions and cultures. They developed a package with a different language to showcase the same. Watch this advertisement now.

Hence, it definitely brings us to the conclusion that the company has excelled its way into creating something unique, standardized and cost-effective, not just for the consumers but also for themselves. They have reached great heights of success in helping people engage with their brand.